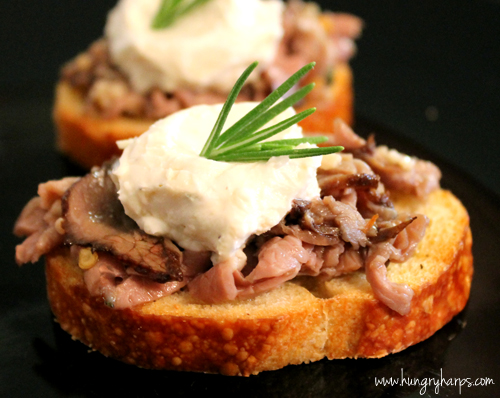 Round #3 for Blue Cheese Week is coming a little later than initially expected. See, I am making these dishes the night before I post about them - and I had a little hang-up. The hang-up was BBQ Pork Sandwiches with Blue Cheese Coleslaw. Sounds great, I just need to perfect the recipe - because there was no way in H-E-double hockey stick I was going to share what I had with you. Yikes...

With all that said, I am really happy the sandwiches didn't turn out, because otherwise I may not have found these gems! These Black & Blue Crostinis are marinated deli roast beef placed on a crisp baguette, then topped with a Blue Cheese spread. Absolutely delicious!! If you take these to a party - they will be gone, no doubt in my mind.

Without further ado - let me share how to make these delicious wonders!

First I got the marinade ready - olive oil, garlic, fresh rosemary, red pepper flakes and black pepper to taste. I swear, some of the best recipes have the simplest ingredients. 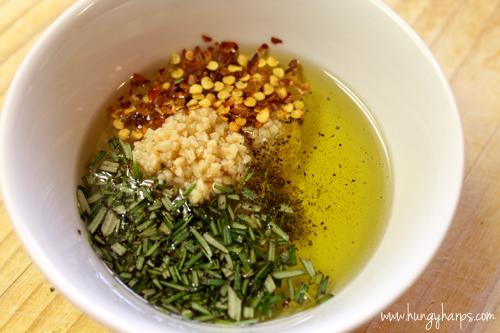 The recipe calls for 1/2 pound of thinly sliced roast beef - I used deli-meat from my local grocers meat counter. I got the best quality they had because I am a meat snob...

To marinate the meat I first made sure all the pieces of meat were separated and then I placed them in a freezer bag. After adding the marinade, I gently worked the bag of meat to make sure everything was getting the "Love of Marinade". Then I put the bag of marinating meat in the fridge and let the "love" do it's work. 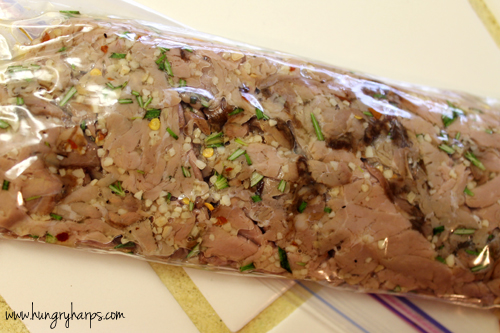 Mr. Hungry Harp found Treasure Cave Crumbled Blue Cheese - with a Natural Smoke Flavor while at the grocery store. He called me and told me about it, I told him to get some - he told me it was already in his hand. I love that guy. ♥


The recipe calls for Blue Cheese dressing so I used our favorite one thus far - Litehouse Chunky Bleu Cheese. Delish! (I never use that word - but it totally fits here.)

After mixing the ingredients for the Blue Cheese Spread, it got placed in the fridge - right next to the marinating roast beef. Little did they know that soon enough they would be coming together to create love for my mouth! *Nom, nom, nom! (I use that all the time, my kids think it's hilarious) While the meat and the blue cheese spread were chillin' (literally and figuratively), I started preparing the crostini. It's easy-peasy-lemon-squeezy, I swear. Heat oven to 350, slice some baguette bread, brush olive oil on both sides and add salt&pepper to taste.

Since the roast beef marinade has fresh rosemary in it I opted to use Rosemary Olive Oil on the crostini. It was perfect! I found these little gems at the Ferry Plaza Farmers Market in San Francisco and I am in love with them. The company is Sciabica's and they have an awesome line of flavored olive oils - one of my favorites being Habanero. >:) 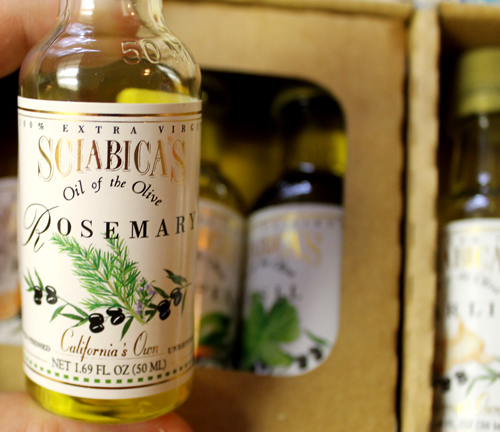 Bake the crostini for about 10-15 minutes or until they start to turn a golden-brown. 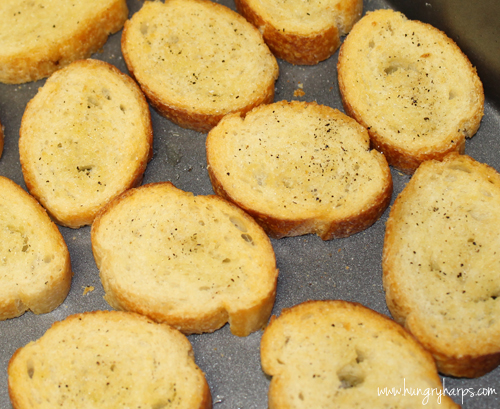 After the crostini cools down, pile-on add the marinated roast beef. 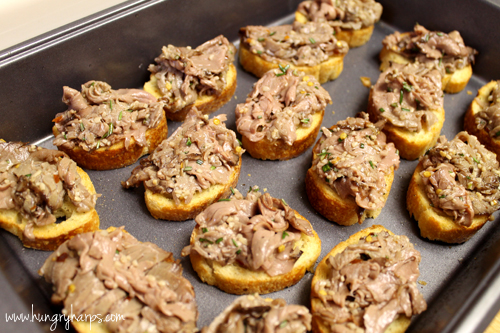 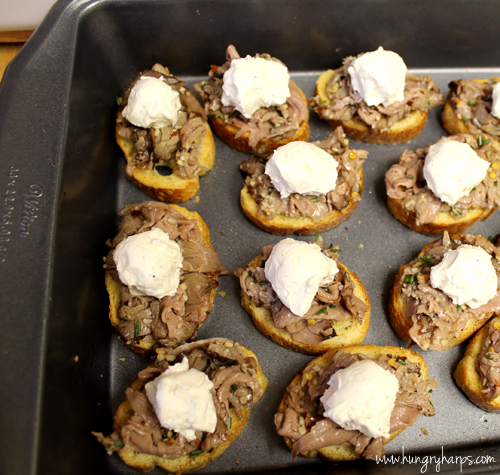 Using the back of a spoon, press each dollop of spread down just a little to create a small bowl. Stick some fresh sprigs of Rosemary into each dollop and serve. Your guests will be WOWED!!

Oooooh! I love blue cheese, what a glorious little appetizer.

I want these for lunch! Tweeted and buzzed you!!

My husband will just love these, can't wait to try them!

Thanks for stopping by at Isa's Food Addiction Jess, I also love your blog! I can see you're great with the food, the writing and the camera! all the perfect ingredients for a stunning blog! Please feel free to link uo any of my recipes, I'd be honored :). Rgds from the tip of Africa!

Your comments make me smile, thank you for writing them. :)